Delaware H&V Chapter Meetings will be held on the last Thursday of each month at 7 PM via Zoom.
Meetings will have automated closed captions.

*Please contact Angie, prestonandangie at yahoo dot com, by the Friday before the meeting to request an ASL interpreter if needed OR if you need the zoom link! 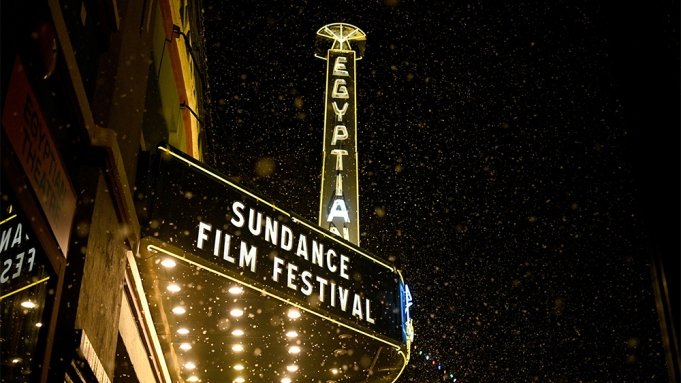 Jurors for Sundance’s U.S. Dramatic Competition walked out of the premiere of “Magazine Dreams” on Friday night over an incident in which the festival failed to provide adequate captioning for deaf and hearing impaired audience members — including juror Marlee Matlin.

Members of the dramatic jury — consisting of Jeremy O. Harris, Eliza Hittman and Matlin — decided to collectively walk out of the film as it began after a caption device provided to Matlin didn’t work. While the device was repaired hours later, it underscored a larger issue that has played out behind the scenes regarding the festival’s ability to make movies accessible to all viewers. The festival said the jurors intend to screen the film as a group before Sundance ends.

According to multiple sources, the jury has repeatedly expressed concerns to both Sundance and filmmakers that movies playing at this year’s festival should come with open captions. At other international festivals, including Cannes and Venice, movies are captioned in multiple languages on the screen. This year’s application for credentials to Sundance asked attendees if they needed access to captioning.

However, multiple sources state that several filmmakers have declined the request to provide open captions onscreen, citing the costs and time associated with making another print. Sources say that some buyers even suggested that including captions onscreen could somehow hurt the film’s asking prices on the market as they try to land distribution.

BOWIE, Md. — A 9-year-old hockey player first gained the spotlight in Bowie as the team’s only Black, Deaf hockey player. Now, that spotlight has followed him to Hollywood — where he’s guest starring in HBO’s The Last of Us.

And Hollywood is how Keivonn Woodard’s teammates know him.

“[We] gave him a nickname — Hollywood — a couple of weeks ago, just because when he scores a goal, everybody knows because he likes to celebrate,” his coach, Chris Pozerski, said.

A man who is deaf and blind is learning to communicate in a whole new way. He’s creating expressive sculptures thanks to training at the Helen Keller National Center on Long Island. CBS2’s Carolyn Gusoff introduces us to Brooklyn-born Tony Giordano

See the video at https://www.cbsnews.com/newyork/video/brooklyn-born-man-who-is-deaf-and-blind-communicates-through-sculpture.

The National Association of the Deaf (NAD) and the NFL proudly announce that Super Bowl LVII in Arizona on February 12, 2023 will feature Deaf performers Troy Kotsur, Colin Denny, and Justina Miles as part of pregame festivities. Oscar winner and Arizona native Troy Kotsur will provide the American Sign Language (ASL) performance of the National Anthem. Colin Denny, a Deaf Native American from Navajo Nation in Arizona, will perform America the Beautiful through a blend of ASL and North American Indian Sign Language. For the first time ever, there will be an ASL rendition of Lift Every Voice and Sing at the Super Bowl, done by Justina Miles, a Philadelphia born performer now living in Maryland. On top of that, Justina will also perform in ASL the music of Rhianna during the Apple Music Super Bowl Halftime Show. Information on where to best watch these sign language performances will be shared when it becomes available.

Read on and more about the performers at https://www.nad.org/2023/01/24/deaf-performers-at-super-bowl-lvii.

POSITION: Director of Statewide Deaf/Blind Programs #20312
CLOSING DATE: February 5, 2023
LOCATION: Administering District is Christina School District, but program is Statewide
REPORTS TO: Director of Special Services
QUALIFICATIONS:
 Doctorate in fields related to deaf education preferred
 Qualify for State of Delaware Certification as a Special Education Director
 Successful completion of the Praxis I or Praxis Core (only for those candidates not already certified)
 Five years of successful administrative experience in deaf education
 Knowledge of Federal (IDEA) and State regulations for Special Education
 Knowledge of current research and best practices in the development and education of children who are deaf, hard of hearing and deaf-blind
 Knowledge of the language and communication needs of deaf children, including critical factors in the educational placement and provision of programming and services
 Demonstrated knowledge and ability to develop and implement bilingual (ASL & English) programming in educational settings
 Knowledge of the continuum of services for children who are deaf, hard of hearing, and deaf blind
 Knowledge and articulation of research-based best practices in fields related to deaf education, language and communication development
 Fluent in American Sign Language

See more info and application link in the PDF flyer below.

– News of this came from DODHH and DSD.

RSVP / Register in advance at https://picofdel.org/event/together-we-can.